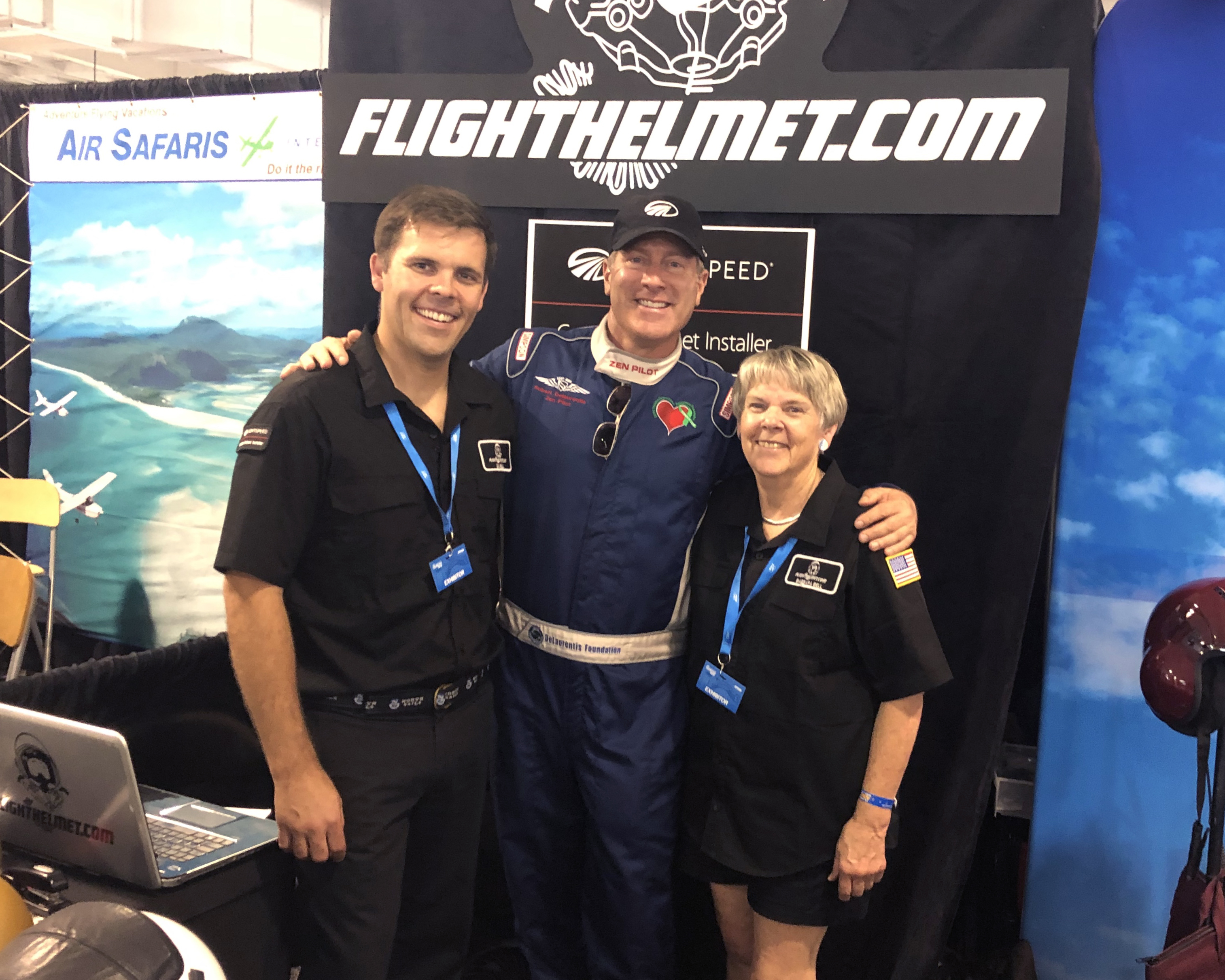 ﻿FlightHelmet.com is proud to sponsor pilot Robert DeLaurentis as he takes off on his second polar circumnavigation.

FlightHelmet.com is a proud sponsor of Robert DeLaurentis. A multifaceted businessman, author, and aviator, Robert is best known as the first solo pilot to fly a small, single engine plane around the world. Covering 26,000 miles and 28 countries in 98 days from May 17 to August 14, 2015, he aimed to raise awareness and funding for the APOA (Aircraft Owners and Pilots Association) as well as for Lindbergh-Schweitzer Elementary School in San Diego, CA.

On Saturday, November 16, Robert will take off on his second polar circumnavigation, where he will fly from the South Pole to the North Pole. Piloting a highly modified Gulfstream plane called "Citizen of the World," DeLaurentis will set some distance and speed records over the top and bottom of the world. This go-around, Robert and his team are promoting aviation safety and technology through STEM education, which supports curriculums educating students in an interdisciplinary and applied approach to science, technology, engineering and mathematics.

“Our vision and intention are to connect all people in-between through a shared adventure which includes deeper peace and oneness.”

Robert has a degree in Spiritual Psychology from the University of Santa Monica, and has incorporated such philosophies into his two books Flying Through Life and Zen Pilot. “One of our core beliefs at Flying Thru Life is that human beings are already united in so many ways that we often forget about in our busy, fragmented lives. One of our commitments at Flying Thru Life is to be a living example of all these connections as “citizens of the world” and explore new ways to expand and deepen these relationships.”

Not only is the polar circumnavigation a huge milestone for Robert and the aviation community, but the mission seeks to give back to science. With the help of astrophysicist Brian Keating, the plane will carry a legacy experiment designed by NASA that will also ride on another NASA mission in 2059.

FlightHelmet.com was the Certified Installer for Robert’s Lightspeed Zulu H-Mod ANR system into his flight helmet. We were also happy to supply him with our Nomex fire resistant touch screen compatible gloves so that he can keep his hands protected while operating his touch screen electronic devices. We wish him a safe journey as he continues to spread knowledge and positivity across the aviation community.

DeLaurentis leaves on his mission to the poles on Saturday, November 16. For the latest information and updates on the Pole to Pole Flight, visit Robert’s website at http://flyingthrulife.com/pole-to-pole/.