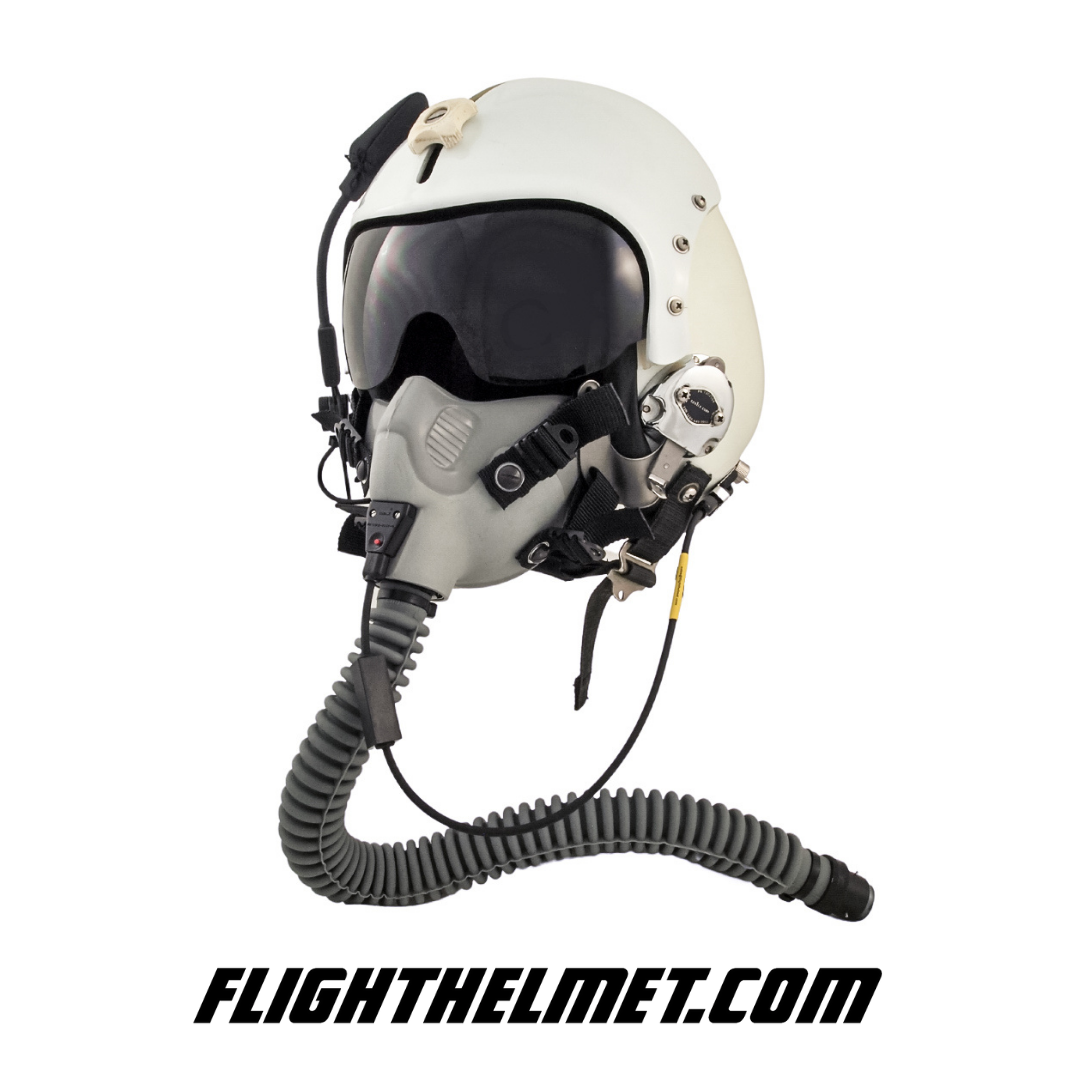 With the advent of a new series of flight helmet, there inevitably comes another way to attach the oxygen mask.

USN "Butterfly Clip" as used on MS22001 oxygen masks. The "receiver" is built into the APH-6 series flight helmet, featuring a chromed flush metal housing cut into the shell. Circa 1968 through late 1970s.

T Bayonet Clip. US Air Force and Navy "T" Bayonet clip, also called straight bayonet clip. Used by the Navy in the early 1960s until the butterfly clip, then again in the early 1970s on early HGU-33/Ps. The 2 straps allow for individual adjustment for fitting. For use with the straight cast bayonet receiver. Helmet examples- early HGU-33/Ps, Navy APH-5s, HGU-26/P, HGU-2/P series.

Offset J Bayonet Clip. US Air Force and Navy "Offset" bayonet clip, also known as "J Clip." First introduced in the late 1970s (around 1978 or 79) with the MBU-12/P oxygen mask, this style of clip is the standard for most oxygen masks in use today.

Similar to the "T" bayonet clip, the offset unit has dual adjusting straps on each side. The clip itself has been angled about 45 degrees upwards and the strap bar has been mounted so it is flush with the inside of the helmet. This allows for better fit of the oxygen mask.

Combat Edge. This offset bayonet clips is from the MBU-20/P Combat Edge oxygen mask. Very similar to the standard offset clip, it has a different strap bar for the different fitting mask. The Combat Edge HGU-55/Ps use the lightweight bayonet receiver.

Receivers. Cast Offset Bayonet Receiver, when drilling for it, it is rotated approximately 45 degrees downward. The Lightweight Bayonet Receiver. Used on the HGU-55/P in the silver color, and on the HGU-68/P & 85/P in a blackened version. This lightweight receiver is the "guts" of the cast bayonet receiver, just minus the cast metal shell for lighter weight.